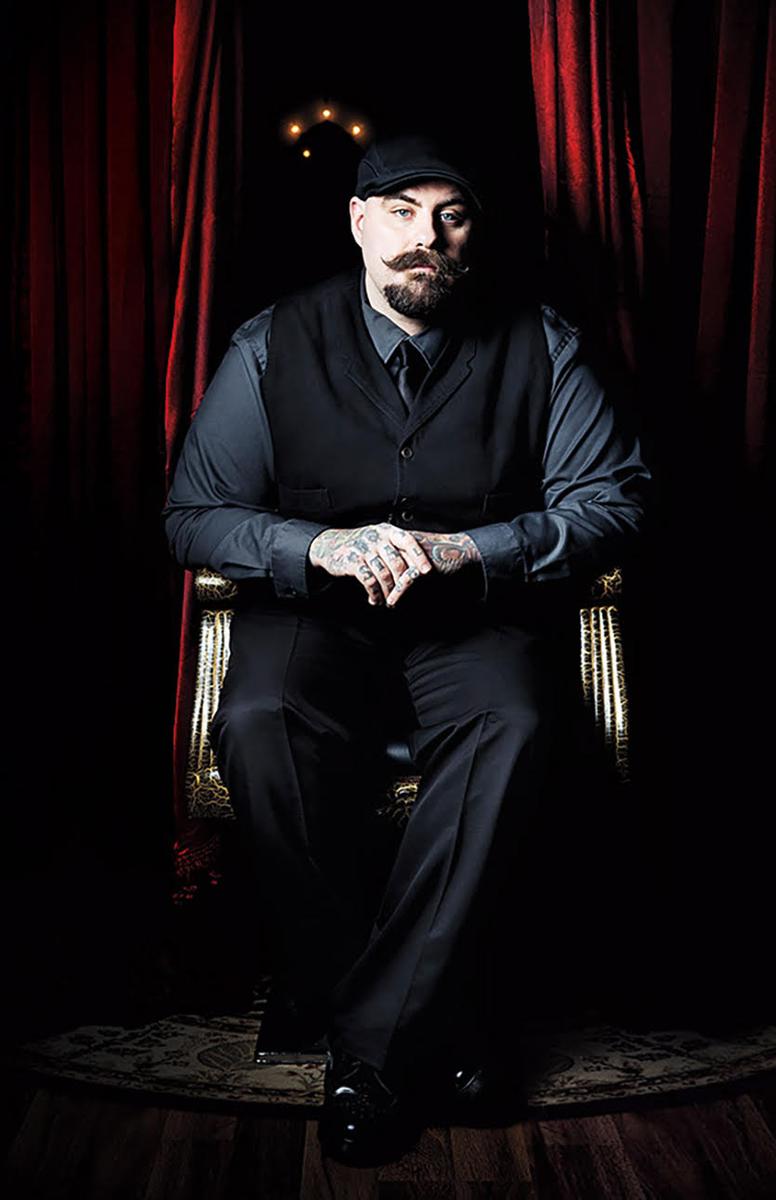 I had always wanted to do art, but as a kid growing up with an old school mid western father I was pushed towards doing things like sports instead. At age 12 my father died and we moved to where my mothers family was located. At my new school I didn’t fit in well and decided I wasn’t really into sports and quit right away. Now there were some kids, who were in most of my classes, usually situated in the back. They were the only ones who really paid any attention to me ,so in an effort to fit in I would go home and trace characters out of magazines and such. Then once back in class I would leave them out on my desk hoping they would see them and invite me to come into their group. It worked and once I joined them I was introduced to comic books, fantasy, and most importantly at that time Dungeons and Dragons.
I had a rough childhood and in these fictional worlds I had found my escapism, I could disappear into these worlds and everything else would fade away. I dove in completely and at the forefront of my new experiences was my art as it were. I was hooked, the thing that mattered most to me was drawing. I would do it constantly, never without an art pad, doodling my newest D&D character, weapon or a scene from a campaign.
Once out of school I tried to get work as an illustrator. This was extremely hard because I knew literally nothing about how to get work. I would do art for local businesses and such but at 16 and living on my own I had to work. Eventually I stopped art and got a "real job”. This lasted quite a while but when the economy turned, the job started to take away all the reasons you get a “real job”. Taking away our benefits and reducing healthcare and pay, I decided this was enough. If I were going to struggle, I was going to struggle doing what I love. I went back to art, taking any job I could and working on indie comics. One day it occurred to me that I knew people who tattooed and they did alright. I felt if I could do on skin what I was doing on paper I could earn a living as an artist and build up my illustration career in the meantime.
I started trying to get an apprenticeship, to no avail. Against better judgement, I started tattooing out of my house, not recommended of course, to me it seemed the only way. After doing that for a while I eventually worked up to getting a shot at the best local shop in my area. I tried out for months, every weekend going in doing a piece on a friend, leaving and having to do it all over again the next week. It was a very frustrating process , but eventually I was hired.
Like that I was working 7 days a week and earning more money than my “real” job ever let me. I dove in and for the next six years did nothing but tattoo. I was traveling the world and doing all these amazing guest spots, competing and shows and seeing things I had only read about. Growing up poor, of course not only myself but no one I knew had ever gone much further than our neighborhood, so I was captivated. Eventually though I started to miss my first artistic love, illustration.
I then decided to try to grow my illustration career again. I began retraining myself to create narrative illustrations and after a year or so was able to get work. I’ve been incredibly lucky working for some of my favorite publications, comic book companies and fantasy art companies. The later being the genre I decided to carve out my name in illustration. In 2017 after deciding there was clearly something missing from my art on an academic level I sought out and enrolled in the amazing Watts Atelier. Immediately I was introduced to this whole new side of art. I was able to take classes from illustrators I had looked up to for years and my art started to evolve and grow. Within a year I had art directors and collectors requesting work from me. This was a whole new experience as previously I had to chase down all the work I would get. Now I split my time between every form of art I have come to love, illustration, sculpting, writing,  and of course tattooing.

There is truly nothing more fulfilling to me than creating art, I am so lucky and grateful to every person who supports what I make. It’s amazing to me that I can support my family with the things I create and I never take it for granted. I have an incredibly patient and supportive fiancee who without her help I could not be as successful as I am. She handles all the red tape so to speak ,which allows me to concentrate on the artwork. She has her hands full, not only due to client demand ,but also our non stop ball of energy son. I honestly don’t know how she does it.
Art is my life and I consider myself lucky that I was able to share it with you. I hope something I have created has improved your day on some level, take care and thanks for looking.